Pirtek (pronounced Purr-tek) is a derivative of Pirelli Technology the tire and rubber giant. Custom hydraulic hoses are used in a variety of industries including agriculture, manufacturing, food processing, construction, transport and engineering.

While most replacement hoses are supplied as spare parts by original equipment manufacturers or sold within hydraulic equipment supply shops, Pirtek offers two specialized options. Hoses are made to order and installed from on-site mobile vans stocked with the full range of hoses and fittings, or sold over the counter at the retail hose service centers that serve as home base to the mobile fleet. This competitive edge has enabled the company to grow more than 280 hose center franchises in the United States of America, Australia, Belgium, England, New Zealand, Ireland, Luxemburg, Netherlands, Scotland, Singapore, South Africa, France and Germany. The United States of America will become Pirtek's largest market; the company plans to franchise 350 locations.

Internationally, Pirtek has received recognition for its supportive approach to franchising. This recognition includes the Franchisor of the Year 2001 by the British Franchise Association. 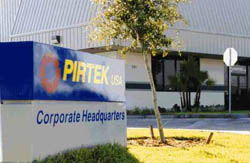 In Control of Your Own Future 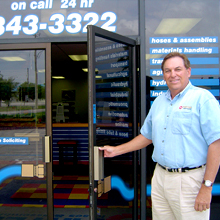 The satisfaction of making your own decisions. Reaping the benefits of your own hard work. Securing your own future. Owning your own business puts you in control.

International sales revenue growth exceeded 20% per year over the last seven years. More than 2,000 people work in the Pirtek system around the world, with more than 280+ Franchised Centers and more than 1000 mobile sales and service units.

By 1985, the founders blended the expanding but loose-knit distributor network operating within the Pirtek guidelines into a unified, dynamic force - the Pirtek Franchise System. 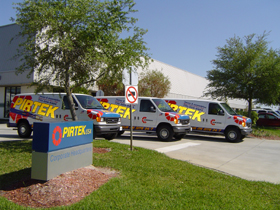 Today, the Pirtek System is one of the most successful franchised business systems in its countries of operation- England, Australia, Belgium, Luxemburg, Holland, New Zealand, Asia, South Africa, Ireland, Germany and France -due to economic success, high standards of service and innovative marketing.